How to Avoid Patent Infringement 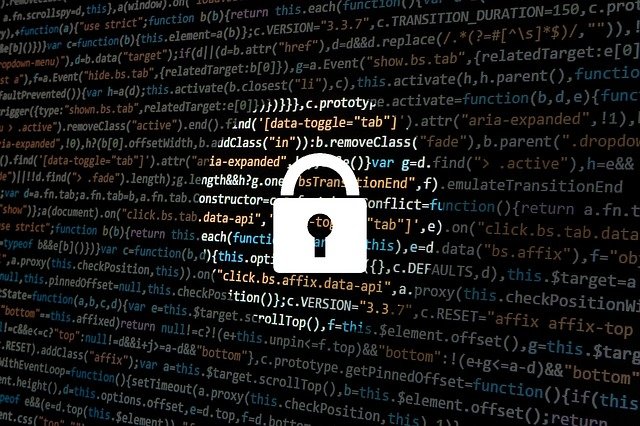 How to Avoid Patent Infringement

When you make a new product or think of a new idea, you want to show it to the world right away, right?

But what happens if someone sees your masterpiece and calls you out for patent infringement? What a nightmare.

You can avoid dealing with this ugly situation altogether if you take a few steps beforehand to avoid patent infringement. It may seem simple, but in reality, there’s more than meets the eye, and it’s important to take patent infringement seriously.

If you’re worried about finding yourself in this situation, we can help. Read on to learn how to avoid patent infringement, so you don’t find yourself in hot water.

What is Patent Infringement?

When someone creates a new invention, they’re allowed to patent it. This legally protects the invention in their name so that no one else can make, use, or sell it without their permission.

What Qualifies as a Patent Infringement?

Not all similar inventions are going to infringe upon one another. Sometimes things look similar, but the elements and functionality don’t match up. Just because one person makes a product that is similar to another doesn’t mean that they’re infringing.

All essential parts of the invention need to match up for there to be direct patent infringement.

That said, if essential components are copied or “borrowed,” or if the functionality of them is identical to the patented invention, you may end up being hit with infringement under the doctrine of equivalence. Think of this as a child copying their friend’s homework and changing it just enough that they hope the teacher won’t notice.

Can I Change My Product by a Certain Percentage?

The idea that you can change an equivalent invention by some mythical percentage and it’s no longer infringing is incorrect.

While you may get away with changing an invention, the main issue is in the invention’s functionality and the patent’s claims.

Independent claims are claims that break down the main concepts of the patented invention. They may contain certain processes or elements that the invention needs in exact combinations.

If the competitor’s patent contains multiple independent claims, you can get a good idea of what would be an infringement. If the first claim required A and B features, the second included A and C, and the third contained C and D, you can’t make an ABCD product as those independent claims all join together to make that intellectual property (the patented invention.)

No matter how many bells and whistles you add to this product, it doesn’t change the ownership of those features in that combination.

You can remove and replace features in order to avoid potential infringement as long as the features that are being used as replacements aren’t just basic and surface-level.

This means that instead of ABCD, you could make ADEF or BCDE.

Remember, the replaced feature has to be different enough that it can’t be considered equivalent.

How Can I Know This Beforehand?

Sometimes you have an amazing idea for an invention, and you don’t even consider what other products out there might match up. You have never seen your new invention anywhere else, so why would you check?

In reality, we’re not all as original as we think we are. Your invention is similar to plenty of other products out there. Before you invest time, money, and resources into your new project, it’s in your best interest to perform a prior art search.

You can perform a prior art search yourself

Prior art searches require strategy, persistence, and hard work. However, anyone can perform an effective prior art search. Using free databases such as Google Patents and Espacenet, anyone willing to put in the work can search for the inventive concepts they wish to patent. A high-quality prior art search should always include searches that approach the invention from every possible angle. However, as long as you are thorough and detailed with your searching, you can be confident that you have reviewed all of the most relevant patent documents.

A Patent Attorney Helps with Your Patent

If you are worried about running into problems with infringement, a patent attorney can help you keep yourself out of trouble and solve any problems before they begin.

An attorney can also help you patent your invention, easing some of the work on your end. If you’re unfamiliar with the patent process, having someone else guide you through it can be invaluable. However, patent attorneys tend to cost anywhere from $5,000-$16,000+.

While your patent attorney is helping you patent your invention, they can also help you look into any potential competitors.

They will often perform a prior art search (for a fee) to help you find patents that look similar. Most attorneys will work together with you to investigate the patents they find and tweak your own ideas as you go. Not all similar patents are going to justify patent infringement, so you’ll have to look carefully.

Sometimes the attorney can find patents that are expired. Expired patents may still have some validity, so you will have to be careful. If a patent is expired, there maybe someone looking to bring it back. There also may be components that are still protected under a different patent.

Of course, an experienced patent lawyer will help you navigate this entire process. However, patent attorneys tend to cost anywhere from $5,000-$16,000+.

Are You Worried About Patent Infringement?

In reality, it’s difficult to infringe on a patent by accident. The components of your invention would have to match up with a patented invention. It is possible, though, to be inspired by an existing invention without realizing, and end up in a lot of trouble.

To avoid this, always do your research (or have an attorney do it for you) and be willing to make enough fundamental changes to your invention to ensure that you’re in the clear.

You don’t want to be hit with a patent infringement accusation, so do your homework.

To learn how to perform your own prior art searches, and everything else you need to know about preparing and filing a patent, visit our Learning Center. We want to help every inventor reach their dreams.

Be the first to know when new articles are published. Sign up now and you will be notified as soon as they are available.

Disclaimer: Communications between you and Patent Hacks are protected by our Privacy Policy but not by the attorney-client privilege or as work product. Patent Hacks provides access to independent attorneys and self-help services at your specific direction. We are not a law firm or a substitute for an attorney or law firm. We cannot provide any kind of advice, explanation, opinion, or recommendation about possible legal rights, remedies, defenses, options, selection of forms or strategies. We do not provide any guarantee of obtaining patent protection. Your access to the website is subject to our Terms of Use.